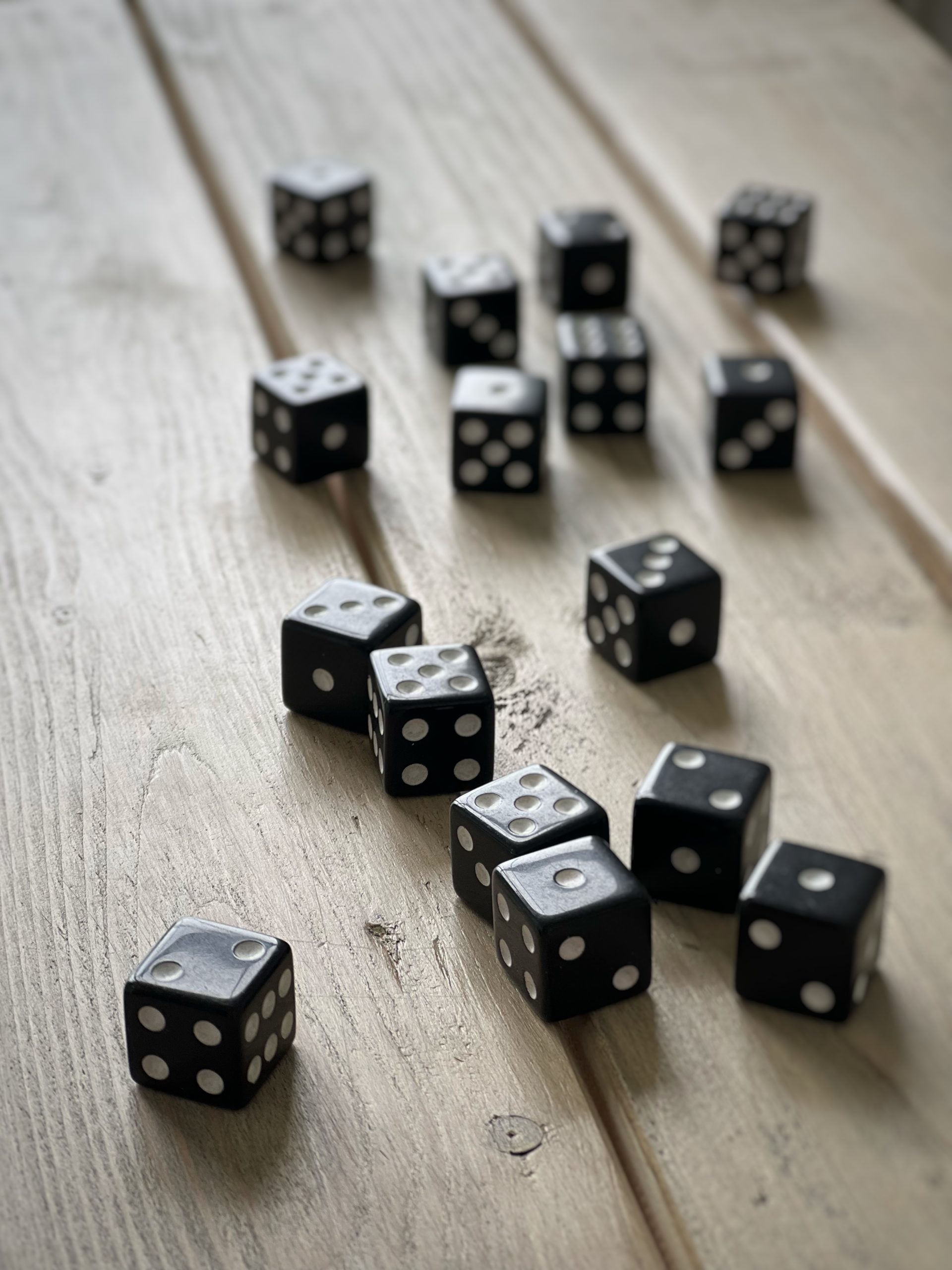 If you’re trying to help your child master their math facts, forget the drills and worksheets and play some of these fun games instead!

What are Math Facts?

Math facts are basic calculations related to addition, subtraction, multiplication, and division. Gone are the days of rote memorization, though! Not only are games more engaging and fun, but a lot of these activities also help children learn strategies to make sense of math facts, allowing them to confidently tackle more difficult math problems.

How to Make Math Facts Fun

While it’s important for children to learn their math facts, it doesn’t need to be boring! Make math facts fun by incorporating games and activities your children love to play. Indeed, the more time spent playing these games, the more practice your child is getting performing basic calculations. Furthermore, games are a great way to include the entire family in on the fun!

DISCLOSURE: THIS POST CONTAINS AFFILIATE LINKS AT NO COST TO YOU. THIS MEANS I MAY RECEIVE A SMALL COMMISSION IF YOU MAKE A PURCHASE USING THESE LINKS.

What’s Behind My Back?

What’s Behind My Back is a number sense game that can help children learn math facts to 5, 10, and 20. For preschoolers, it helps to focus on making five first and then progress to ten. Once children are adept with making ten, you can easily increase the number to twenty.

To assemble the ten rods, I prefer to make one set of five the same color and the other set of five another color. This helps children easily subitize larger quantities. This hands-on learning activity is a great supplement to number bonds.

How to Play “What’s Behind My Back?”

This is a great game to help children practice number bonds.

Dice are such a versatile and outstanding math material. They’re easily among my top 5 math items I recommend for all families. To play this game, roll 6-10 dice and then search for the numbers to make ten. You’ll be surprised at how quickly your child is able to recognize the pairs of numbers that make both 5 and 10.

Once they master number bonds, they’ll soon begin combining multiple dice to make ten. At this point, you can challenge them to see how many tens they can get in one roll. Pair this activity alongside the introduction of teens and tens since it gives children an opportunity to see multiples of ten and add on the additional units.

Using a printable hundred board, you can also play Connect 4 by taking turns rolling the dice, counting how many dots, and marking that number on the board. The first player to get 4 numbers in a row is the winner.

Pair this simple addition and subtraction game with counting objects for a more hands-on experience. Sum Swamp is easy to learn and plays rather quickly, so it’s a great game to include for math facts practice.

I’ve yet to meet anyone — child or adult — who doesn’t enjoy playing Sleeping Queens. Once you learn how to play the basic game, it’s easy to switch up the rules to make it more beneficial for making math facts fun.

In our home, we allow any equation to be played. This means every player is able to discard at least two cards each round as long as they’re able to make an equation and solve it. My 5-year-old focuses on addition facts, while my 8-year-old practices multiplication facts.

Zeus on the Loose

Zeus on the Loose helps children practice making tens, rounding, and adding and subtracting. If you have younger players joining in on the game, I recommend adding a hundred board to help keep track of the current number and further build number sense.

We started with Math Dice Jr., though. My kids love the multi-colored dice, and it’s been an excellent daily math warm-up game for kindergarten through early second grade.

To play, simply roll the 12-sided dice to determine your target number, then roll the remaining dot dice. Taking turns, each player then tries to use as many of the dice as possible to reach the target number, using any combination of addition, subtraction, multiplication, and division.

When you’re ready to begin tackling larger and more difficult target number challenges, try Adsumudi. It also works with a variety of ages and abilities and can be played solo, collaboratively, or competitively to help memorize math facts.

Adsumudi has quickly become a favorite in our home this year and is now included in our homeschool morning basket.

While you may play target number games competitively, we actually prefer to play them cooperatively. It’s always fun to see the different ways everyone in our family approaches math problems, and it’s led to some interesting observations and number talk discussions.

If your kids are fans of the classic game Spot It, then the Super Genius games should be a hit. Whether you play Super Genius competitively or simply race to see how many matches can be made in a certain amount of time, it’s a quick and easy way to practice math facts. Choose between three Super Genius decks: Addition and Subtraction, Multiplication (2x-5x), or Multiplication (6x-9x).

With a variety of card games catering to different math concepts, the PowerPack Bundle by Greg Tang Math Games is an excellent resource for building and reinforcing math fact fluency and having fun while doing so! With this bundle, kids can practice addition and subtraction facts, multiplication facts, fractions, money, and measurement.

In addition to simple math facts, Dragonwood also introduces children to the basics of probability. For younger children, counters can help them solve the basic math equations found in Dragonwood while early elementary students will be able to practice adding doubles and near-doubles, making sets of small numbers, multiplying, and calculating sums — all while capturing or “rescuing” various creatures.

Cooperative games are always popular in our household, and this one is no exception. In Math Rush, players work together to properly sequence sums and differences in a timed challenge. This game is a fun and quick way to practice math facts since it encourages students to solve equations quickly. Building number sense is an added bonus!

When your child is ready to practice multiplication facts or build fluency with fractions and decimals, be sure to check out both Math Rush 2 and Math Rush 3.

Don’t forget that you can easily adjust the difficulty of all the Math Rush games by removing select cards and playing without the timer.

It’s rare to find a game that excels at combining several different academic subjects in such an engaging way, but Election Night has managed to do so very effectively. With two levels of play, Election Night is a strategy-driven competitive board game that helps children become more familiar with U.S. geography and civics while also practicing math facts. Due to its versatility, Election Night is a great game for a variety of ages.

Practice addition and subtraction facts on one side of the Election Night board, or switch to the multiplication side for additional challenges. With each roll of the dice, players can mix-and-match the numbers to reach the sum or product that best fits their strategy in their quest to reach 270 electoral college votes first. In the race to win the White House, children will quickly learn where each of the states is located, their abbreviations, and how many electoral college votes each state receives while improving their math facts fluency.

A fun spatial reasoning game, Kingdomino includes several mathematical skills, including ordering from least to greatest, multiplication, and addition. Best of all, it’s a wonderful game that works for multiple ages. Younger children can work on ordering the kingdom tiles from least to greatest, while older children can help calculate everyone’s score, first by solving multiplication equations and then finding the sum of all the products.

While there is a bit of strategy involved when it comes to selecting your tiles and building your kingdom, I’ve found younger players are not at a disadvantage in Kingdomino. In fact, my youngest child is currently on a 5-game win streak in our house!

In Outnumbered: Improbable Heroes, you’ll team up with other superheroes to defeat villains by manipulating dice to reach their target number. Featuring three levels of play, Outnumbered: Improbable Heroes is a collaborative game that includes various mathematical concepts that aren’t included in a lot of other games, including evens and odds, prime numbers, divisibility, and squaring.

Combining math and logic, Multi is a visually engaging way to practice and review multiplication facts and arrays. It’s appealing to a variety of ages, with enough strategy to keep older students engaged and entertained but simple enough for younger children to play as well.

Blobby’s Pizza includes a wide array of math skills, including math facts to 12, double-digit addition, equal parts, part-to-whole relationships, equivalent fractions, and adding and reducing fractions. The advanced level of play adds in decimals and percentages, too. And let’s face it, any game that actually makes fractions fun is definitely a winner in my book.

These next two game activities come from Jo Boaler’s Mindset Mathematics books, a wonderful supplement to any math program. You can find more games and activities like these on the YouCubed website.

Since there are various counting strategies children can use, it’s a great multi-age activity that can be used as a math warm-up exercise every day.

What kid doesn’t just love playing with money? Coins are a great way to build number sense, especially when it pertains to counting by 5’s and 10’s.

For this game, children will grab a handful of coins. They may then either add or take away exactly five coins to reach the number 100. This activity offers practice in several mathematical concepts, including composing and decomposing numbers, making tens, skip counting, and calculating the distance to a target number.

Once children are adept at playing this game, you can increase the difficulty by changing the benchmark number to something other than 100.

The Hundred Board Activity Pack

This Montessori-inspired money math bundle includes everything you need to give your kids a basic introduction to U.S. coins and counting money. It contains hands-on learning manipulative materials and activities to strengthen number sense, enhance their ability to count money, and deepen their understanding of making sums and finding differences.

Have you stumbled across a new game or activity that makes math facts fun? I’d love to hear about it! Please share your ideas in the comments below. 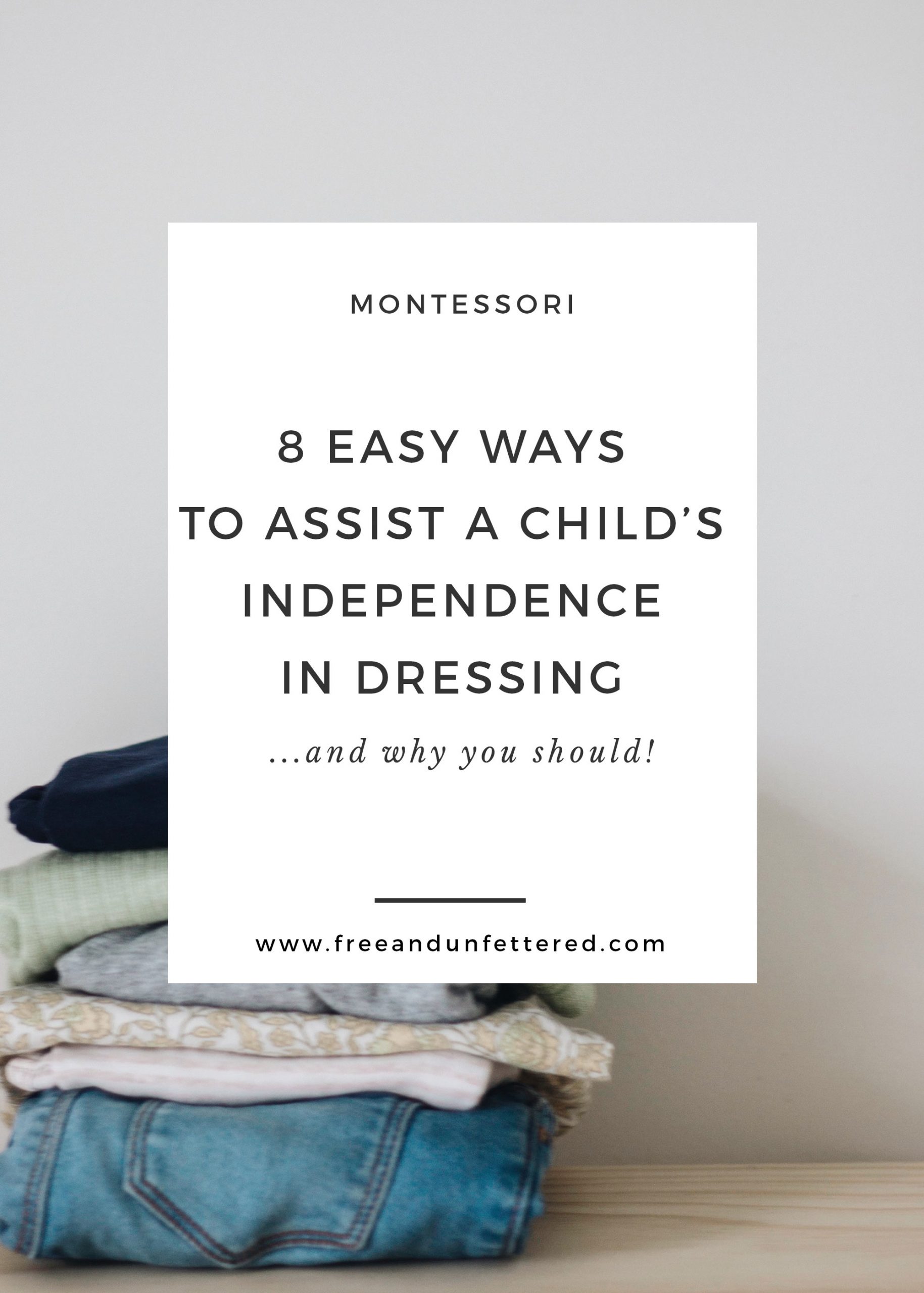 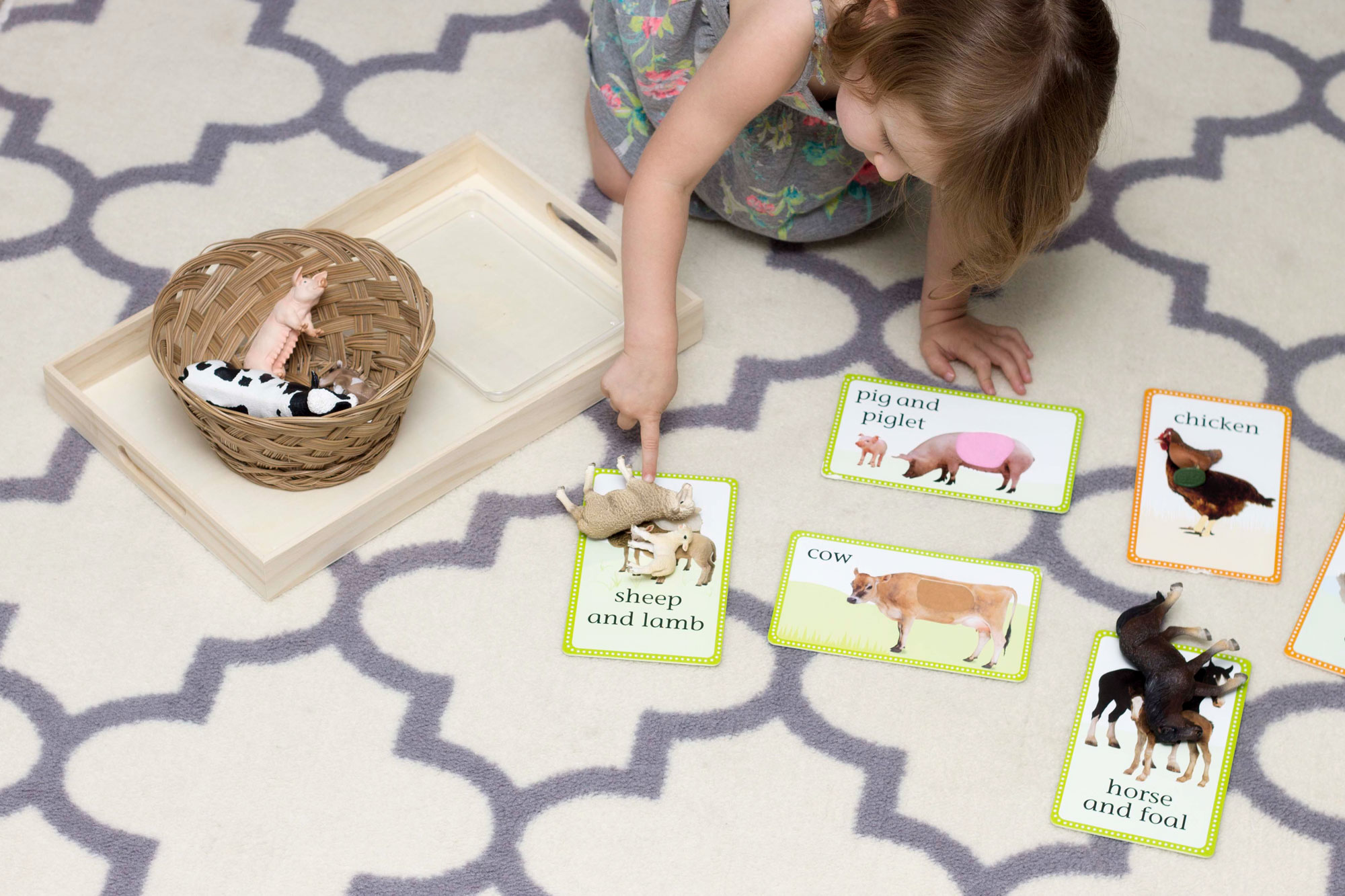 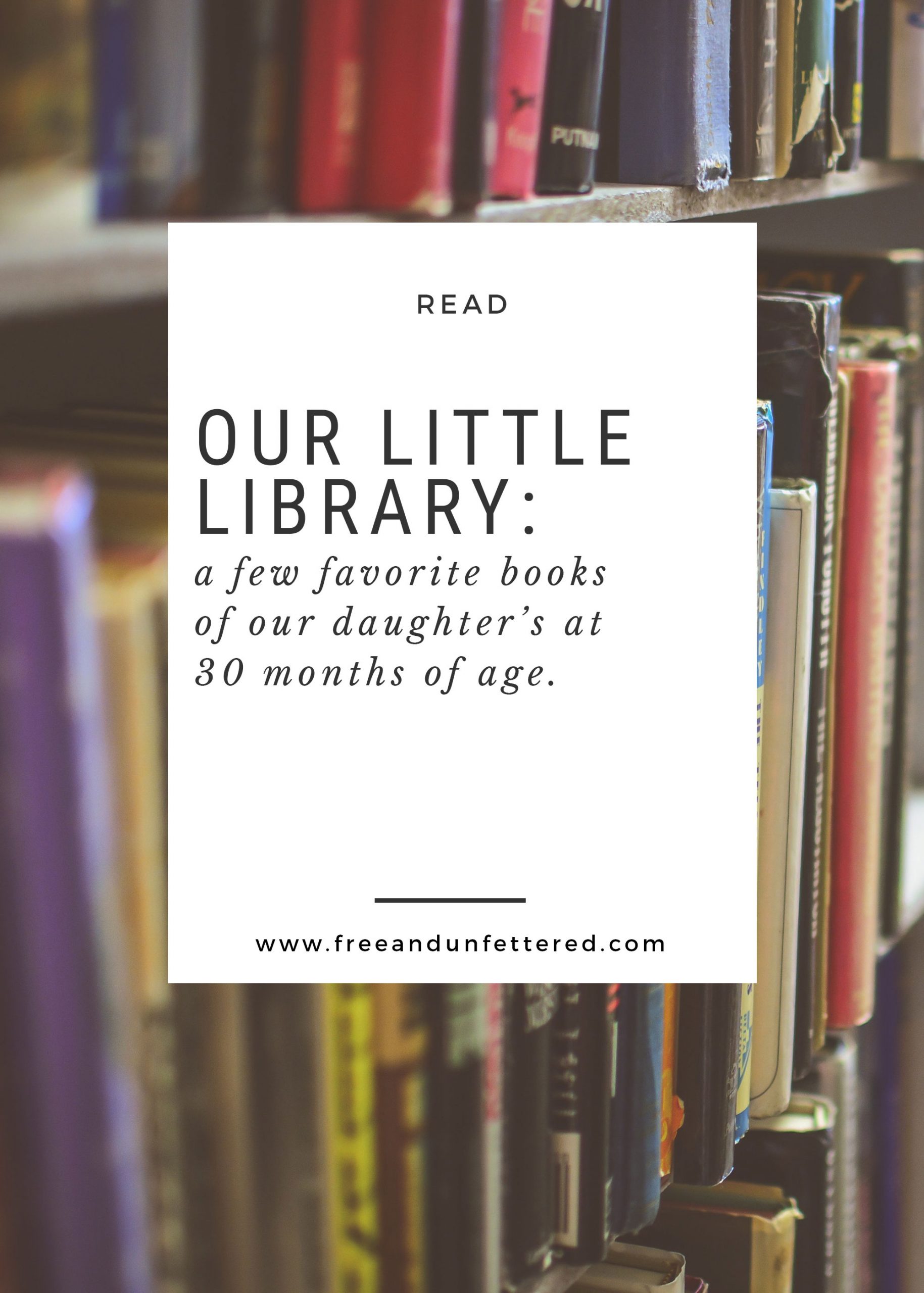 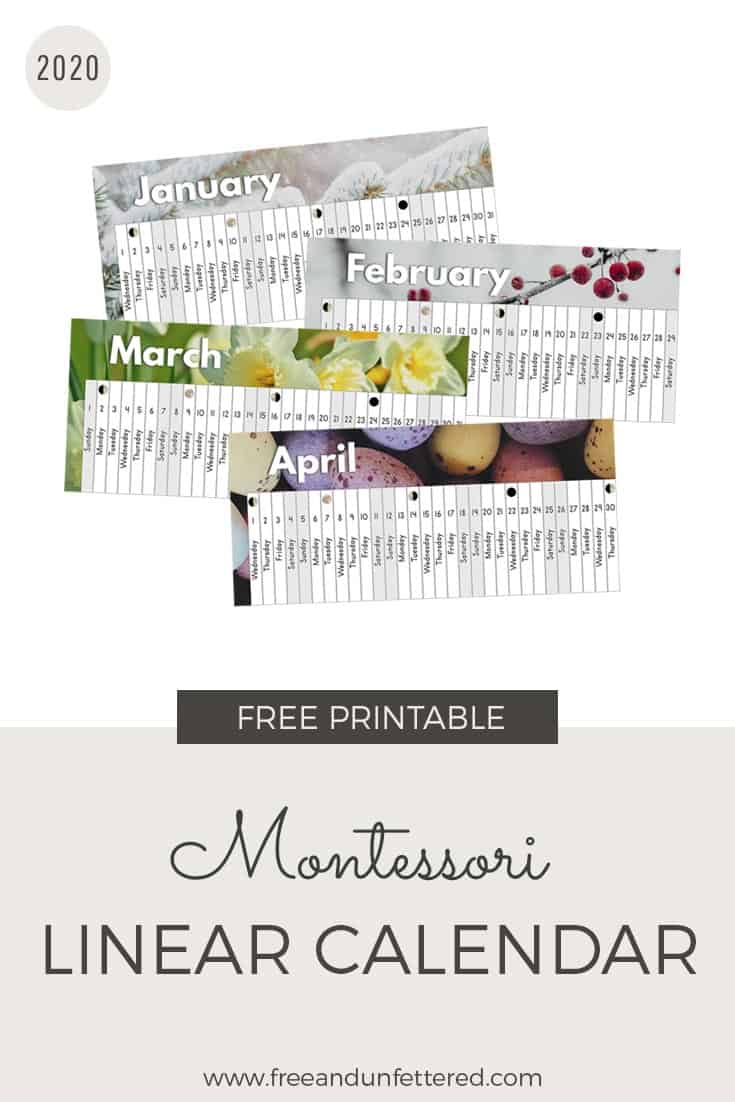 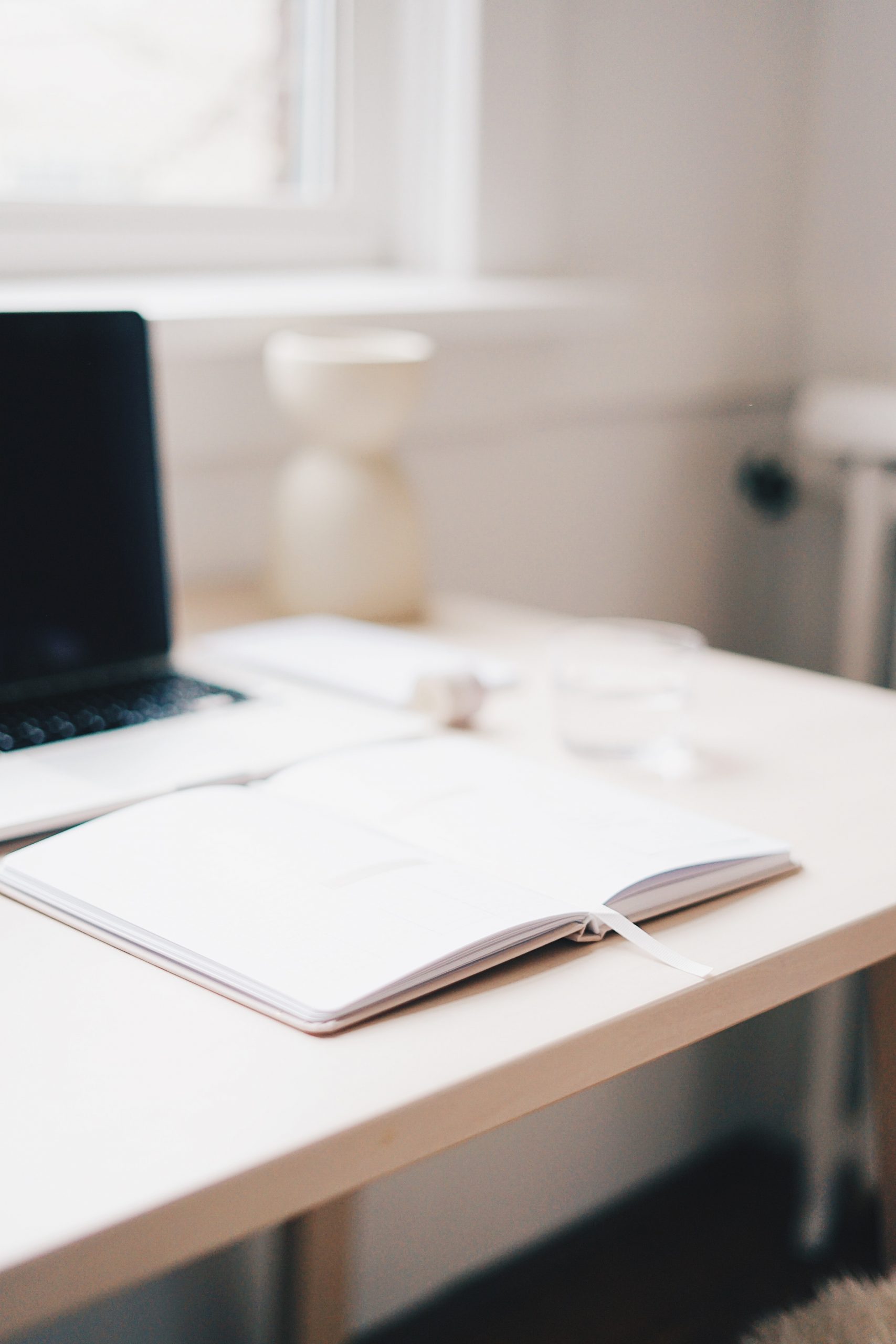 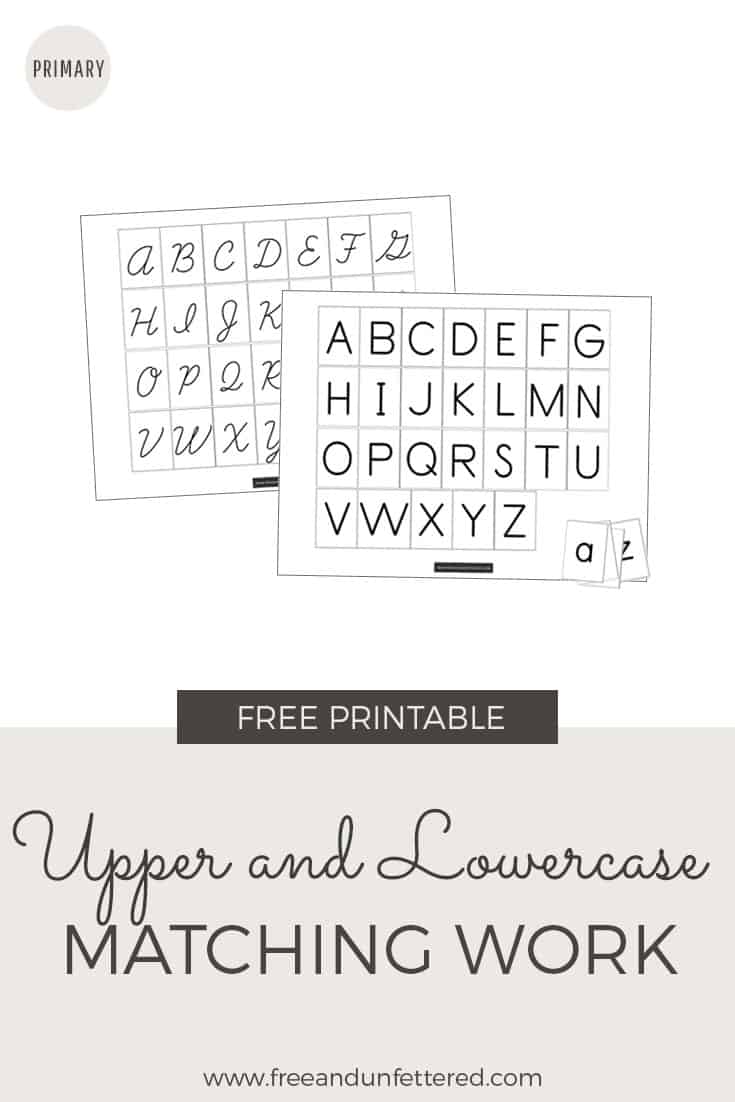 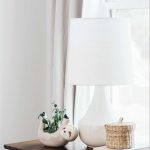